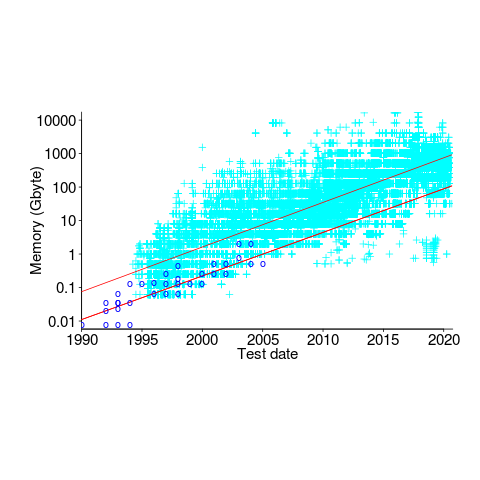 The web pages summarizing the options for gcc, for the 96 versions between 2.95.2 and 9.1 have a consistent format; which means they are easily scrapped. The following plot shows the number of options relating to various components of the compiler, for these versions (code+data): 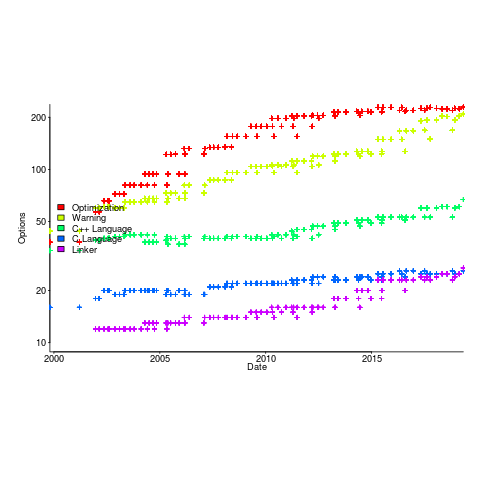 The total number of options grew from 632 to 2,477. The number of new optimizations, or at least the options supporting them, appears to be leveling off, but the number of new warnings continues to increase (ah, the good ol’ days, when -Wall covered everything).

The last phase of a compiler is code generation, and production compilers are generally structured to enable new processors to be supported by plugging in an appropriate code generator; since version 2.95.2, gcc has supported 80 code generators. 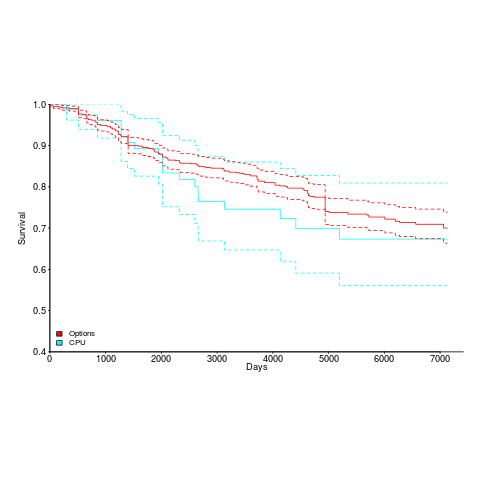