I have finally gotten around to analyzing the data and below is the Rose diagram for the 82, out of 132 responses, compiler writers (the green arrow shows the direction and magnitude of the mean; code+data): 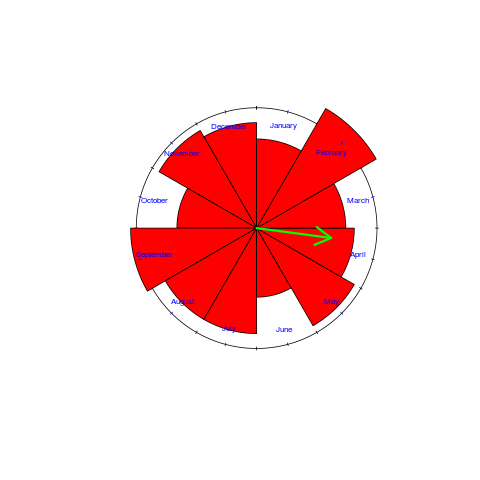 At 15% of responses, February is the most common month for compiler writer birthdays. The percentage increases to 16%, if weighted by the number of births in each month.

What about the birth month of readers who are not compiler writers? While the mean direction and length are more-or-less the same, for the two populations, the Rose diagram shows that the shape of the distributions are different: 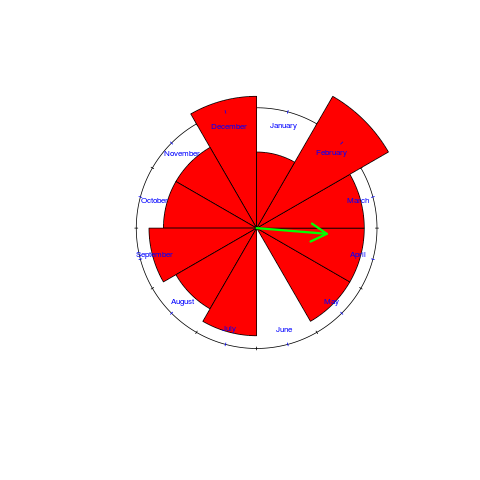