"Someone has already registered that SSH key." - of course I have, not a crime to have two accounts you know. @bitbucket @github

The problem I have is that I have multiple accounts with git hosting suppliers (github and bitbucket) but they both want to keep a one to one relationship between users and ssh keys.

For both accounts I am separating work and personal repositories.

In the past I have authorised all my identities on all my repositories, this has resulted in multiple identities being used within one repository which makes the statistics look a mess.

Generate an ssh key for your identity and store it in a named file for example ~/.ssh/id_rsa_timp.

Add the key to your github or bitbucket account.

Use an ssh config file ~/.ssh/config

You should now be good to go:

The latest C Vu magazine has hit respectable doormats the world over. It contains my latest column, entitled "Bug Hunting". You'll never guess what it's about. 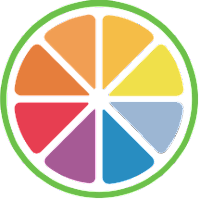 I'll be giving a specially crafted version of one of my favourite talks - this time called "Becoming a Better (audio) Programmer". I hope it'll be a lot of fun!
There's a lot going on at this conference - and a heroically packed schedule. Check it out here: http://www.juce.com/summit.

This is a maintenance update for ResOrg 2.0. The following changes are included:

This is a maintenance update for ResOrg 2.0. The following changes are included:

This is a maintenance update for ResOrg 2.0. The following changes are included: Download ResOrg 2.0.6.25