The software engineering ancients are people like Halstead and McCabe, along with less well known ancients (because they don’t name anything after them) such as Boehm for cost estimation, Lehman for software evolution, and Brooks because of a book; these ancients date from before 1980.

Why is the wisdom of these ancients still venerated (i.e., people treat them as being true), despite the evidence that they are very inaccurate (apart from Brooks)?

People hate a belief vacuum, they want to believe things.

The correlation between Halstead’s and McCabe’s metrics, and various software characteristics is no better than counting lines of code, but using a fancy formula feels more sophisticated and everybody else uses them, and we don’t have anything more accurate.

That last point is the killer, in many (most?) cases we don’t have any metrics that perform better than counting lines of code (other than taking the log of the number of lines of code).

Something similar happened in astronomy. Placing the Earth at the center of the solar system results in inaccurate predictions of where the planets are going to be in the sky; adding epicycles to the model helps to reduce the error. Until Newton came along with a model that produced very accurate results, people stuck with what they knew.

The continued visibility of COCOMO is a good example of how academic advertising (i.e., publishing papers) can keep an idea alive. Despite being more sophisticated, the Putnam model is not nearly as well known; Putnam formed a consulting company to promote this model, and so advertised to a different market.

Both COCOMO and Putnam have lines of code as an integral component of their models, and there is huge variability in the number of lines written by different people to implement the same functionality.

People tend not to talk about Lehman’s quantitative work on software evolution (tiny data set, and the fitted equation is very different from what is seen today). However, Lehman stated enough laws, and changed them often enough, that it’s possible to find something in there that relates to today’s view of software evolution.

Brooks’ book “The Mythical Man-Month” deals with project progress and manpower; what he says is timeless. The problem is that while lots of people seem happy to cite him, very few people seem to have read the book (which is a shame).

There is a book coming out this year that provides lots of evidence that the ancient wisdom is wrong or at best harmless, but it does not contain more accurate models to replace what currently exists 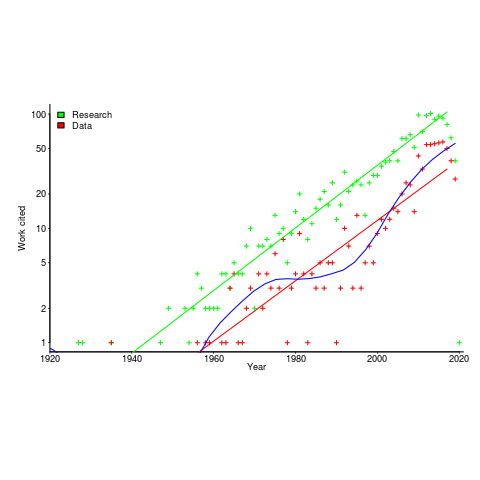