Went for a nice walk in Hertfordshire from Baldock to Royston (visiting 5 churches on the way), see GPS data and some pictures: here and here.

A problem archivists have been bringing up for a while now is that with the majority of content going digital and the pace of change in storage mechanisms and formats, it’s becoming harder to preserve content even when it is not what would be considered old by the standards of other historic documents created by humanity. Case in point - the efforts required to preserve even recent movies as described in this article on IEEE Spectrum.

Update II - 2019-05-07: It looks like due to the recent licensing changes, the Java 8 JDK that brew used is not directly accessible anymore and likely behind some kind of paywall. The installation method described below will still work as it uses the non-versioned java cask, which installs the latest version of OpenJDK. _Update: The title of this post isn’t quite correct as using the homebrew cask mentioned in this blog post will install the current major version of the Oracle JDK.

Went for a nice spring walk from Beaconsfield to Gerrards Cross via Common Wood, Penn Wood and Hodgemore Wood, see some pictures and GPS data. 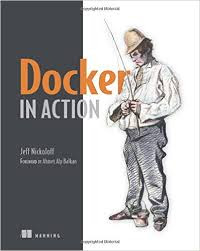 is an excellent book by Jeff Nickoloff. As usual I'm going to quote from a few pages.

The docker stop command tells the program with PID #1 in the container to halt.

Like most Docker isolation features, you can optionally create containers without their own PID namespace.

If a situation arises where the name of a container needs to change, you can always rename the container with the [docker rename] command.

There are two types of volume... The first type of volume is a bind mount. Bind mount volumes use any user-specified directory or file on the host operating system. The second type is a managed volume. Managed volumes use locations that are created by the Docker daemon in space controlled by the daemon, called Docker managed space.

When you mount a volume on a container file system, it replaces the content that the image provides at that location.

You can copy volumes directly or transitively.

The third situation where you can't use --volumes-from is if you need to change the write permission of a volume.

Remember that containers maintain IP address leases only when they're running. So if a container is stopped or restarted, it will lose its IP lease and any linked containers will have stale data.

It's not common to see minimum requirements published with open source software.

CPU shares differ from memory limits in that they're enforced only when there is contention for time on the CPU.

The union file system on your computer may have a layer count limit. These limits vary, but a limit of 42 layers is common on computers that use the AUFS system.

The most curious thing about this Dockerfile is that the ENTRYPOINT is set to a file that doesn't exist.

You have no way way to specify a bind-mount volume or read-only volume at image build time.

The examples in this chapter use the cURL command-line tool. Because this is a book about Docker, you should use cURL from inside a container.

Went for a walk from Cheddington to Leighton Buzzard, see some pictures and GPS data.

Nice walk from Biggleswade on a very sunny Saturday, see GPS data and some pictures: here and here.

Been to a performance of Madama Butterfly at the Royal Opera House.

Just came back from a holiday in Gran Canaria, check out my digital photo album for some pictures.